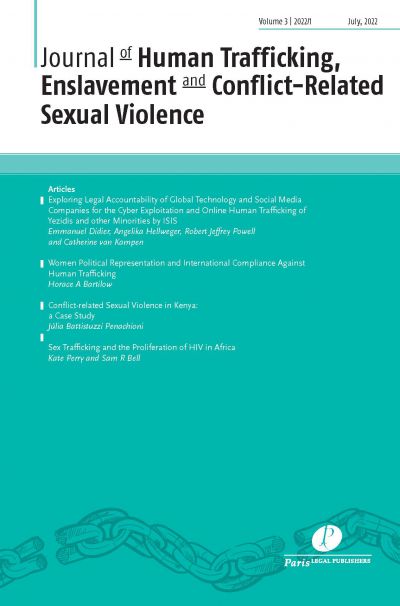 Multi- and interdisciplinary journal on the nexus between human trafficking, enslavement and conflict-related sexual violence
Subscribe Read online
Description
Prices and subscribe
Editorial board
For authors
Call for papers
Description


Our prices are VAT Inclusive.
Editorial board

JHEC (2022-3(2) – special issue) welcomes articles on the nexus between human trafficking, enslavement and conflict-related sexual violence or on one or more of these crimes individually with a specific focus on the war in Ukraine. Deadline submission article: 3 October 2022. Publication of the volume: December 2022. Max. word count: 6,000-8,000 words; references excluded (practitioner’s submission can be lower in number). For more information, see our info sheet and Editorial Policy, Editing Instructions, Rights and Permissions.