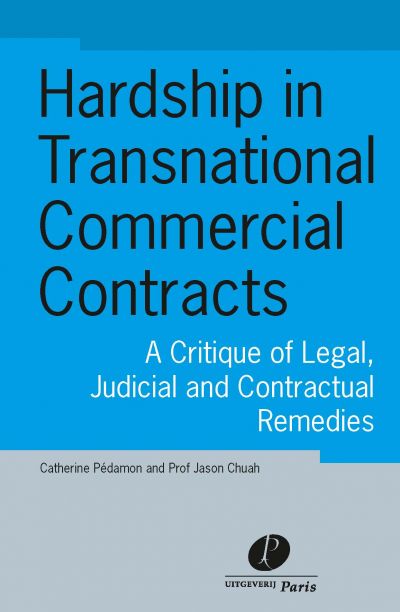 This book addresses one of the more controversial dilemmas in transnational contract law, especially in times of economic volatility and change – how should the law and its agents assist in ensuring that contracting parties are held to their promises whilst seeking to prevent economic waste and disorder, both for the parties and society. We live in extremely challenging economic times – the huge financial maelstrom that broke in 2008 and the after-shock effects will remain with us for years to come. Through no fault on their part, commercial people find themselves caught in contracts which have become entirely unprofitable because of the economic turmoil. At the other end of the equation, others are concerned about their contracts not being performed because they have commitments to their own customers and stakeholders which had to be met. Whilst taking sides is frequently seen as the law’s responsibility, this work argues that with the appropriate level of intervention by a neutral authority, such as a tribunal, a compromise might be found. This work examines what considerations should guide that intervention.

Contract law thinking has often been compartmentalised into the so-called doctrinal study, or comparative law analysis, or contract theory, or more social science methodologies such as law and economics, etc. What this book offers, in a modest way, is multifaceted approach to the narrow problem of the judicial control of hardship as a now not too uncommon phenomenon in transnational commerce.  The approach is multifaceted in that although the study engages with the rules in a conventional doctrinal inquiry, that the doctrinal inquisition is examined against the backdrop of ideas from contract theory and the law and economics thinking. The authors do not take the well-trodden road of comparative law, preferring a more “global law” approach by examining the problem from a transnational perspective but allowing themselves to be guided continually by the differences and similarities in the legal systems selected in the study. Moreover, the subject of transnational commercial law very much lends itself to such an approach. The book should appeal not only to readers concerned with the matter of contract law from a “global law” perspective, but also doctrinal lawyers interested in a contextualised evaluation of the legal rules and judicial remedies in the context of hardship.

Catherine Pédamon is Senior Lecturer in Law and Deputy Head of the LLM in International Commercial Law programme at the University of Westminster, UK.

Professor Jason Chuah is Professor of Commercial and Maritime Law, and Head of Department at City University London, UK.